Join 25,200+ Jiu-Jitsu practitioners to the only place on Earth to learn from Master Rickson Gracie. Let's level up!

Let me try it first

The shoulder is the key element for a good connection

Learn from Rickson Gracie in the following video how to use the connection to prevent someone from moving you around.

The Master explains that the connection comes from the shoulder, but the shoulder alone will not save you. You must use your body weight distribution combined with the shoulder connection and base to prevent your opponent from moving you.

Talking about the base, Master Rickson emphasizes the importance of not keeping the connection in one line. You must have enough base to be strong laterally too. 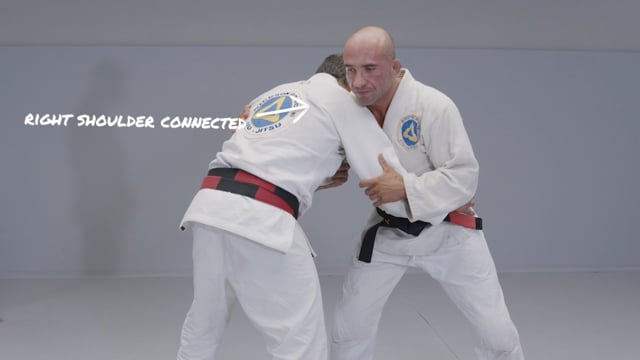 How to protect yourself against someone coming toward you

Learn from Rickson Gracie in the following video how you should position yourself in case someone approaches you on the street or elsewhere.

The master emphasizes the importance of keeping your hands up even though you are unsure whether you will engage in a fight. Because the time it will take for you to raise your hands will make you late. So defending against a slap, punch, or headbutt will be more challenging.

Those are only two details; to learn everything you should do if someone walks towards you, watch the whole lesson. 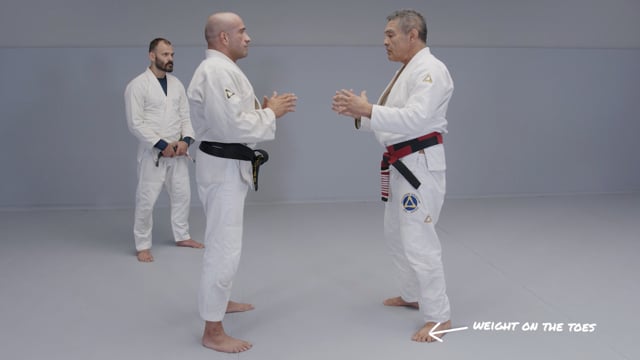 Learn from Rickson Gracie in the following video a great exercise to improve your hips' mobility using the wall. This movement, combined with the correct breathing techniques, is essential to help you recover your guard. 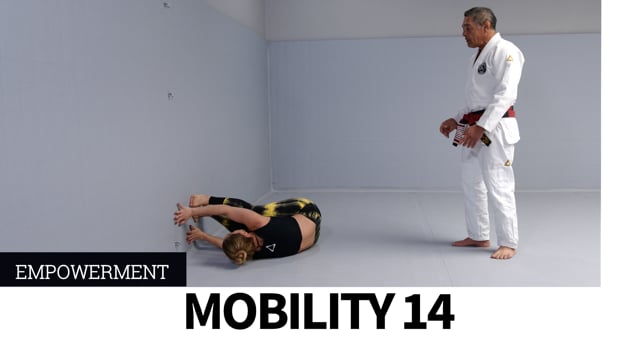 Learn from Rickson Gracie in the following video how to escape from the arm triangle.

The master shows two ways of defending against the submission. They will depend on how your opponent applies the choke. 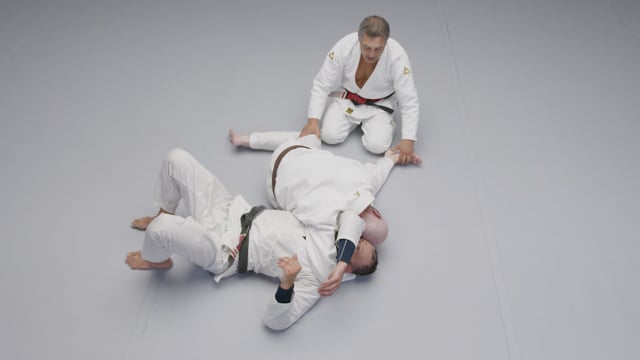 In practically every stage of the life of a jiujitsu student, whether they're a novice who can barely hold their pants up or a master with multiple red stripes, there's one persistent enemy, enormously powerful, who's constantly lurking.
I'm talking about that comfortable couch you have at home. It's precisely there, in the comfort of this fluffy monster, that many samurai and black-belts are eliminated before they can prosper. There's the TV, there's the wish to stay home with family, but what's worse are the multiple thoughts that the couch feeds and multiplies in the brain of anyone who practices physical activities. Examples include:
"Stop that. Go train tomorrow..."
"Going out with this weather? Jesus..."
"Today you're all lazy, buddy; you'll be easy prey for that dude with the big ears... If I were you..."
Etc., etc...
When the practitioner has pain and physical limitations, especially, the couch always pops up as a bigger threat than Godzilla herself. That's why it's always good to recall the wise words by Master Rickson Gracie on this subject. As a great champion, he knew like few others how to ignore the couch and its dubious comfort, which drag us into inertia and sedentariness, and charge a big price later.
He once told a group of students, "Pains and injuries are a limiter, but not an excuse for staying on the couch. Spare the injured area, but exercise other parts of the body, even if it's your pinky finger."
So ignore the excuses, act prudently and intelligently, and live happier and more active. In the following video, Rickson sums up how he has always dealt, in the course of his vast career as athlete and teacher, with injuries and aches. Watch it and train on.
November 21, 2022 01:02 PM

I wrapped my hand, until my broken thumb could not move...and continued grappling,for weeks, until I no longer required tapping my hand!
My wife still shakes her head...I don't expect her to understand the Warrior mentality!

Want to receive notifications and interact with the community?